ATTENDED LAMAR UNIVERSITY 2004-2006 SELECTED 9TH ROUND BY THE PITTSBURGH PIRATES IN 2006, TRADED TO SAN FRANSISCO GIANTS 2009 PLAYED IN  INDEPENDENT LEAGUES THROUGHOUT THE COUNTRY AS WELL AS PLAYING ABROAD.  HAS WORKED WITH MANY DIV. 1 ATHLETES AND PROFESSIONAL ATHLETES UP TO THE MAJOR LEAGUE LEVEL ​

ATTENDED NEW MEXICO JUNIOR COLLEGE FROM 2011-2012 AND CONTINUED HIS COLLEGIATE CAREER AT RICHLAND COLLEGE FROM 2012-2013.  ​Hudson GRADUATED FROM THE UNIVERSITY OF ARKANSAS IN 2015 MAJORING IN KINESIOLOGY APPLIED EXERCISE SCIENCE.   ​

​Nicole is a native of Lewisville, Texas, where she played on the state championship teams in 2013 and 2015. Throughout her years preceding college she played for top select ball organizations—Texas Glory and Firecrackers—where she competed against the best teams in the nation. She attended and played softball at Seward County CC, St. Gregory’s University and Louisiana State University Alexandria. She was a slapper and hit for power as well. Her primary position was outfield, but also played some 2b and 3b throughout her career. Nicole is currently pursuing a degree in Kinesiology Pre-PT at Texas Woman’s University and is projected to graduate in spring of 2021. 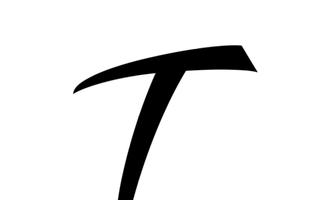 ​WHAT WE ARE ALL ABOUT!

"OUR GOAL AT TORQUE BASEBALL ACADEMY IS TO TAKE HIGH LEVEL ATHLETIC CONCEPTS SUCH AS WEIGHT TRANSFER, SEPARATION, KINETIC ENERGY, AND ACCELERATION AND TRANSLATE  THESE CONCEPTS TO PLAYERS OF ALL AGES AND SKILL LEVELS.  THIS TRANSLATION HAPPENS WITH THE USE OF DRILLS, VIDEO ANALYSIS AND CONSISTENT WORK WITH THE BEST INSTRUCTORS AROUND."

Currently a pitcher at Weatherford College.  Graduated from Argyle High School in 2018 and was 4A Player of the year. Bryson is majoring in Business Entrepeneurship and has been giving lessons for over 3 years.